A friend from my former office lets call her Faith recently called me in tears, reason being she is the topic of discussion at the workplace and she is just about to throw in the towel. Why you ask? You may be thinking like I am; a few idle gossipers never hurt anybody what’s the big deal and why would she want to quit her job? Well, she recently stumbled upon ‘the love of her life’ or so she thought but it turned out he was just another frog. She has always being against that office romance but with this one guy she decided to give it a shot since after all doesn’t research show that a number of office romances end up in marriage?

He was ravishing her with gifts, dates, attention (we all know what that does to a number of women). As fate would have it there are different outcomes to a potential relationship and in this particular one she was the only one head over heels while to the man she was just another sexual conquest. As soon as he got her to bed a few times, it was onto the next one. He started ignoring her calls and outright avoiding her in the office. That was before the rumor mongers started having a feast. Not only did the man break her heart, but also went ahead to describe their sexscapades in detail. As if the gossip wasn’t enough, he warned interested parties that she was actually not very skilled in bed. I wonder what really happened to, ‘men do not kiss and tell’.

Faith said that she had just had it with this A class humiliation and she was tired with everyone whispering behind her back with her boss even making fun of it. We decided to have a sit down with Faith and a few of my friends to convince her that this experience is not worth leaving her job for and here’s why;

We were all in agreement that Faith is not the first one who has been a conquest to men and neither will she be the last. There are happily married women who were once fodder for the gossip mongers because the office Casanova got his way, but the rumors did not go on forever. It is not a death sentence and this doesn’t mean that life stops and she has been doomed and will never find a man to settle down with.

My friend Grace who describes herself as the relationship expert amongst us says, “the gossipers will always find something better to talk about eventually so there is no need challenging the man who used you as his conquest.” Confrontation opens you up to more humiliation and in the process informs fellow colleagues who weren’t aware of your lack of unlocking commitment potential from the man of your dreams. You can rest assured that causing drama will sure get the office talking for another one month which is unnecessary.

3. Call a few of your friends and confess

The holy book says that the truth shall set you free. If you feel that you owe an explanation to your friends then better tell them before they hear it from the rumor mongers. It doesn’t make it go away but it sure helps you deal with it with friends by your side. A girl from my church discovered she was pregnant and she is a staunch Christian who is constantly preaching about abstinence she knew her fellow brethren would not stop gossiping when the bump started showing. She decided to confess before and even threw in a plea asking for the church members to pray for her since she had sinned. It worked! Yes the church members were disappointed, but they never gave her grief about it since she had confessed and asked for forgiveness. So if you can pull out your best speech card during confession, the better for you. 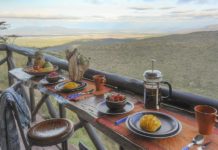 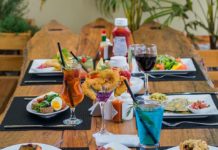 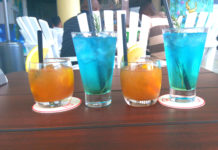 ABOUT ME
Hi there, Welcome to treats. I’m Muthoni a writer and digital marketer. I enjoy writing about my foodie, drink escapades, fashion, unsolicited relationship advice, my fitness journey, travel when I have saved enough money and other bits and bobs. Welcome to my passion.
Contact me: [email protected]
FOLLOW US
© Copyright 2019 - Engineered By Foxwill Tech
MORE STORIES